For the past five years, my go-to text editors have been Vim and gVim/MacVim. Currently, I work on macOS with Ubuntu, as a target OS, running on the local VMware Fusion virtual machine.
Personally, I prefer to use the macOS GUI over Ubuntu and do not enjoy constantly switching between windows, so I used to connect to the machine with ssh -XY user@server and run gVim there. Since macOS supports X Window System, I was able to open the gVim window in macOS as a “native” application.
However, when I had to edit a file locally on macOS, naturally I used MacVim.

Over time, it became increasingly inconvenient because the behavior and appearance of gVim and MacVim had minor differences. Additionally, the X Window System simply does not fit the macOS ecosystem well.

I started to search for efficient alternatives and almost ended up switching to Visual Studio Code. Don’t get me wrong - VS Code is an awesome text editor with features that a Vim user can only dream of, but I got used to my Vim shortcuts and plugins. I know there is Vim support in VS Code, but it is not the same.

Neovim is a refactor, and sometimes redactor, in the tradition of Vim (which itself derives from Stevie). It is not a rewrite but a continuation and extension of Vim.

Nvim always includes ALL features, in contrast to Vim (which ships with various combinations of 100+ optional features). Think of it as a leaner version of Vim’s “HUGE” build. This reduces surface area for bugs, and removes a common source of confusion and friction for users.

Once Neovim is installed, it behaves the same way as Vim and supports all of its plugins. Basically, it is a drop-in replacement of Vim.

Neovim also supports remote plugins that communicate via msgpack-rpc. The RPC messages can be sent through various channels, such as Unix socket, TCP socket, or stdin/stdout.

Neovim GUI clients are implemented as remote plugins and most of them communicate through stdin/stdout. Each GUI client launches nvim process and sends it commands in msgpack format via stdin, and nvim replies back via stdout with information on how to redraw the screen.

Neovim-Qt is a compact Neovim GUI client written in C++ with Qt5. If I need to edit a file locally, I open Neovim-Qt, which works as described above.
Additionally, Neovim-Qt is able to connect to a Neovim instance, operating in server mode. In order to edit files on the virtual machine, I launch a nvim process within the virtual environment, enabling listening on the given IP/port:

and then start Neovim-Qt with the following parameters on macOS:

Running all of these commands manually every time I need to open a text editor is quite tedious. Therefore, I decided to automate the process with a simple script that provides the alias rgvim, where r stands for “remote”.

Finally, I can use a single GUI for both operating systems! 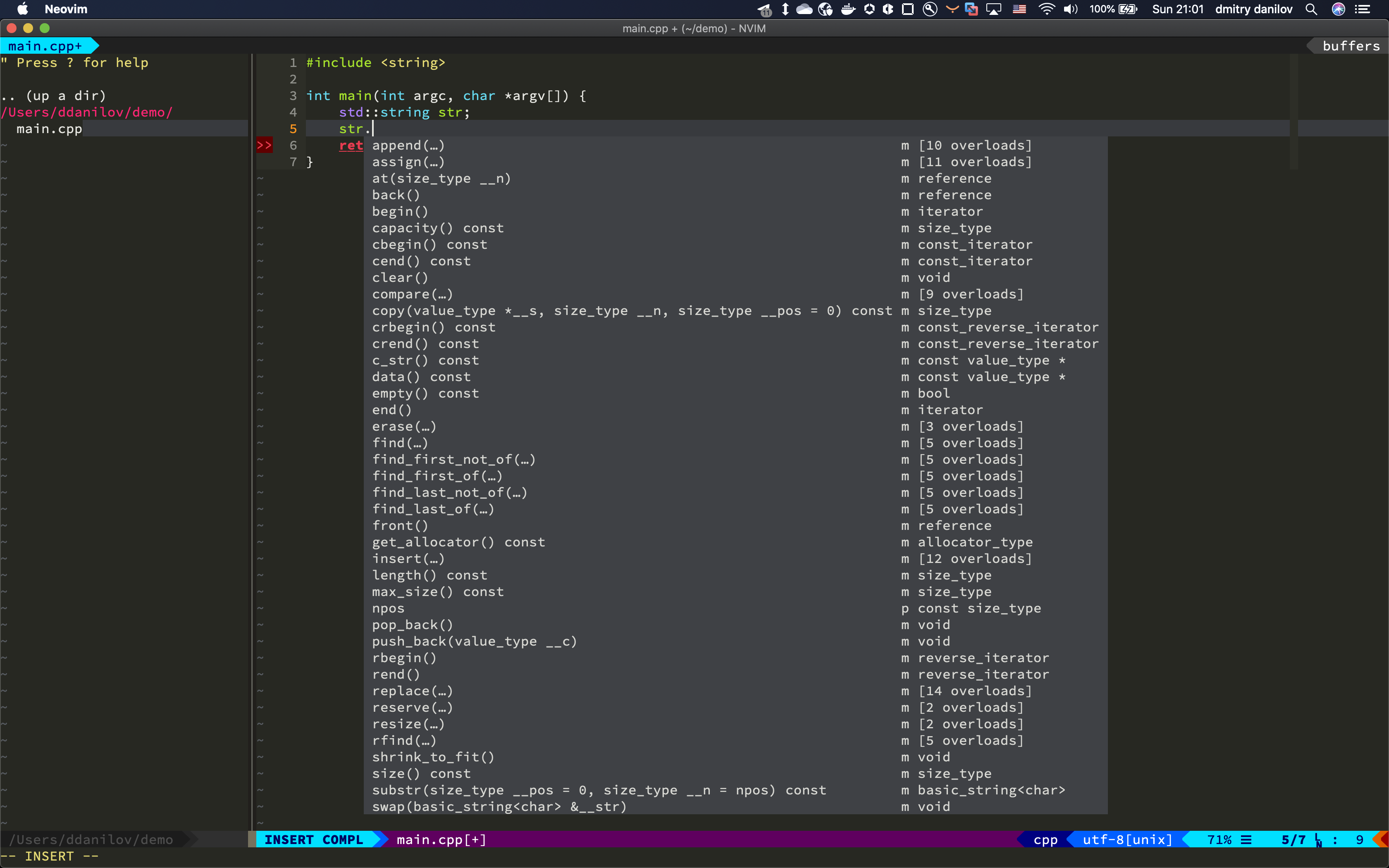 Connected to a remote instance: 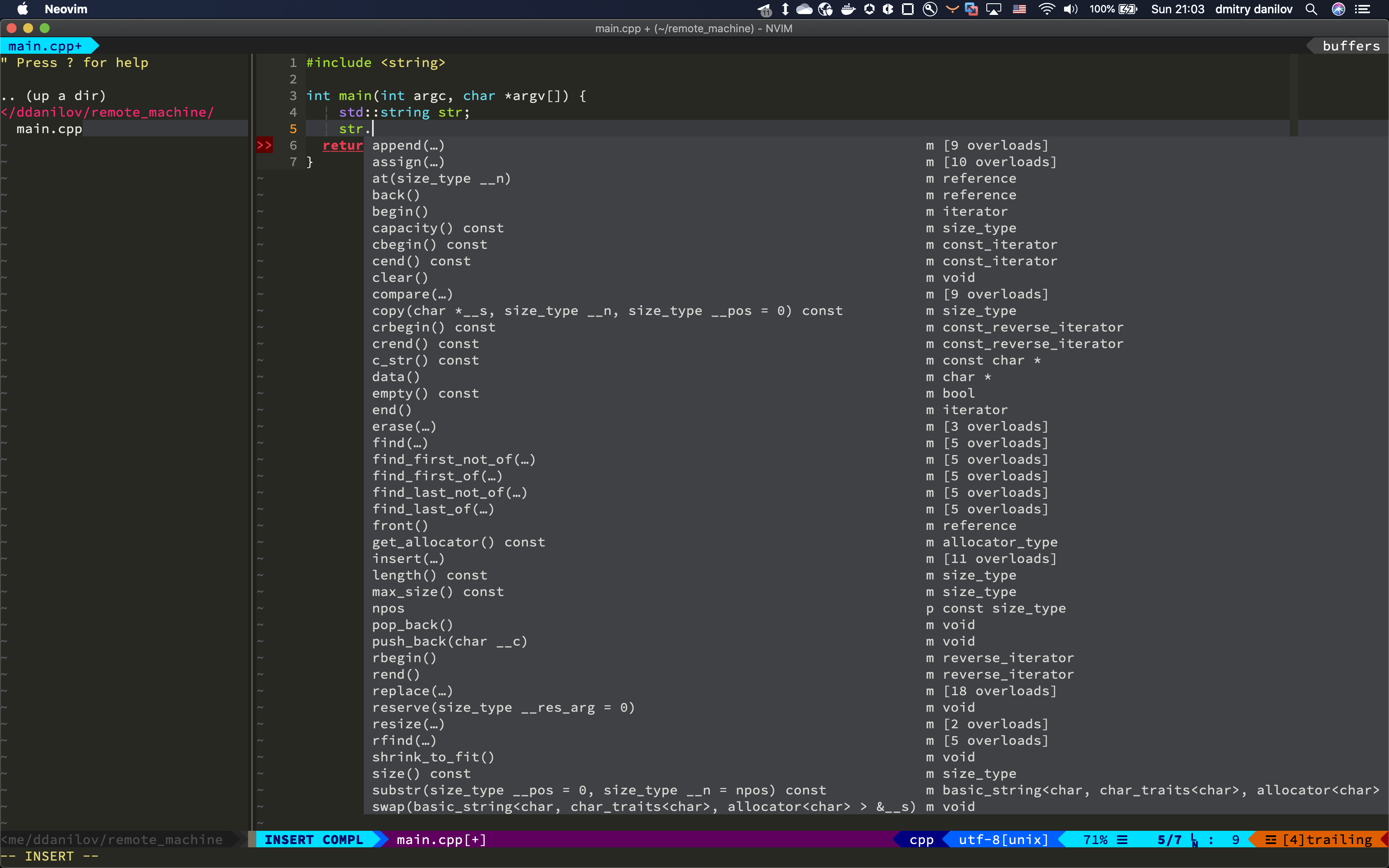